Bill Kappel retired from operating the Farm Bureau Co-op at the end of 2011.   A fixture in the Traders Point area for several decades, Bill, his wife, and their son Greg, operated the only remaining business in the village of Traders Point.   They will be missed.   The facility, owned by the City of Indianapolis through its Department of Public Works, is now vacant. 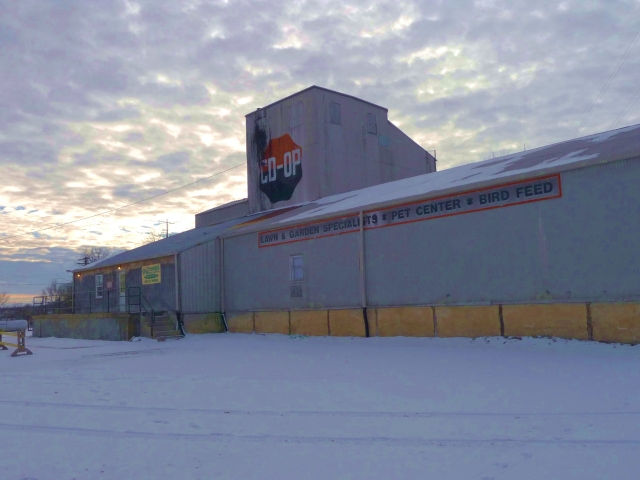 I am pleased you have expressed interest in learning more about the historic Traders Point area in Indianapolis, Indiana. From 1980 to 1982 I was employed in the PR department at Conner Prairie Museum in Hamilton County. There I learned about William Conner, an important figure in Indiana's pioneer days. A decade later I became interested in the history of the Traders Point area and was surprised to learn that William Conner had been the first land owner in the area. In 1823 he acquired, through the Federal land office in Brookville, a patent for an 80 acre tract carved by Eagle Creek and an Indian trail that was about to be named the first toll roadway through the township (Lafayette Road). Thirty years later a village took shape within this tract. A grain mill on the creek, houses, churches, stores, restaurants, and two gas stations would take shape here in the creek valley hamlet of Traders Point. By 1962 all improvements (except a farmer's co-op) had been removed by the Indianapolis Flood Control Board to make way for Interstate 65 and a new reservoir. This blog is dedicated to preserving evidence of this historic area but I will occasionally use it to discuss related topics. To activate this follow, simply click the confirm button below. If you don't want to follow, ignore this message and we'll never bother you again. I am also a member of the Old Pleasant Hill Cemetery, a non profit association still selling burial plots for those who would like to spend all eternity in Traders Point, and I am an officer in the Pike Township Historical Society and the Traders Point Association of Neighborhoods.
View all posts by Ross Reller →
This entry was posted in Traders Point in general. Bookmark the permalink.